Day 3 of the Rebelle Rally started with an on route Rebelle Enduro Challenge (REC) right out of the Base Camp. Teams were shown the road book briefly ahead of time but then did not actually receive the road book until they were at the start line at 7 AM. The course challenged driver, navigator, and vehicle alike through steep, loose climbs and sheer drops that rattled more than one Rebelle. From there the challenge was amplified as teams scrambled to score on 23 CPs; the highest single day total in the fifth anniversary of the Rebelle Rally. 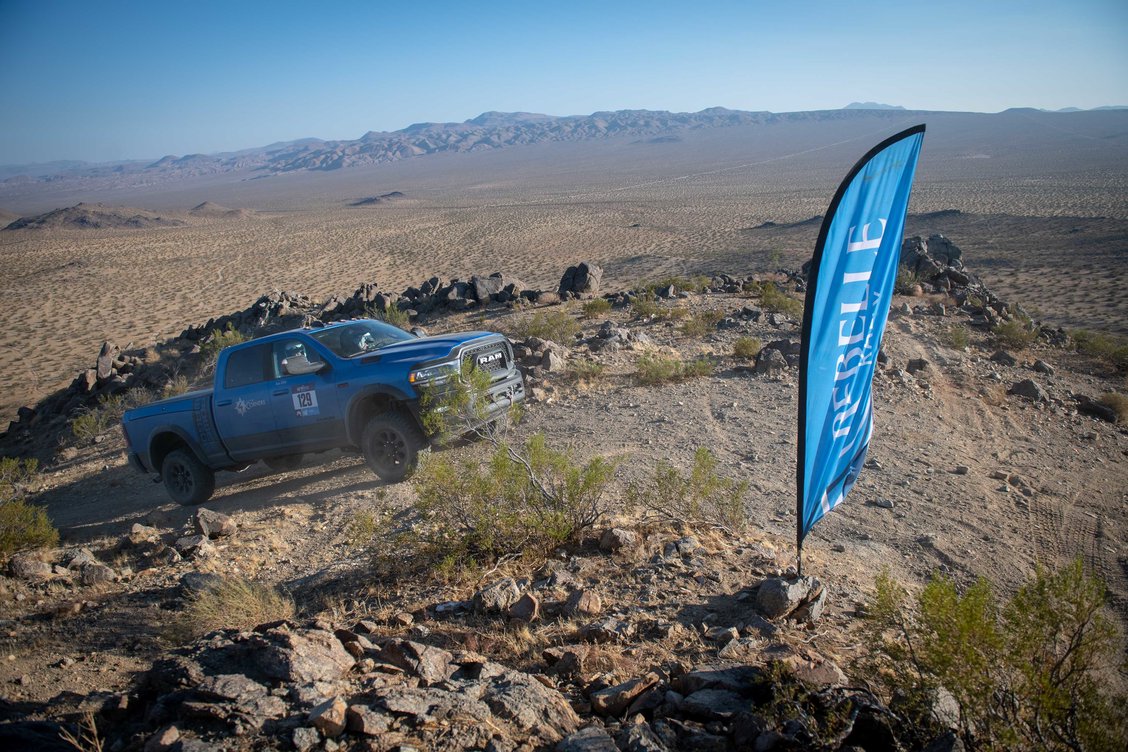 No teams were able to reach all of the CPs for the day, which ratcheted up the difficultly from previous stages and forced competitors to think on their feet and make calculated decisions. Most teams opted to cover ground in the Dove Springs Open OHV Area to reach CPs 12-14. The rugged terrain and aggressive closing times of Green CPs meant that the bulk of the teams had to abandon CPs 16-18 and 20-22 in an effort to reach Green CPs 15 and 19 and return to Base Camp before the closing times for these locations. Stakes are high as missing a Green CP means that teams sacrifice all remaining points for the day, essentially ending their chances of overall victory in such a tightly contested competition. 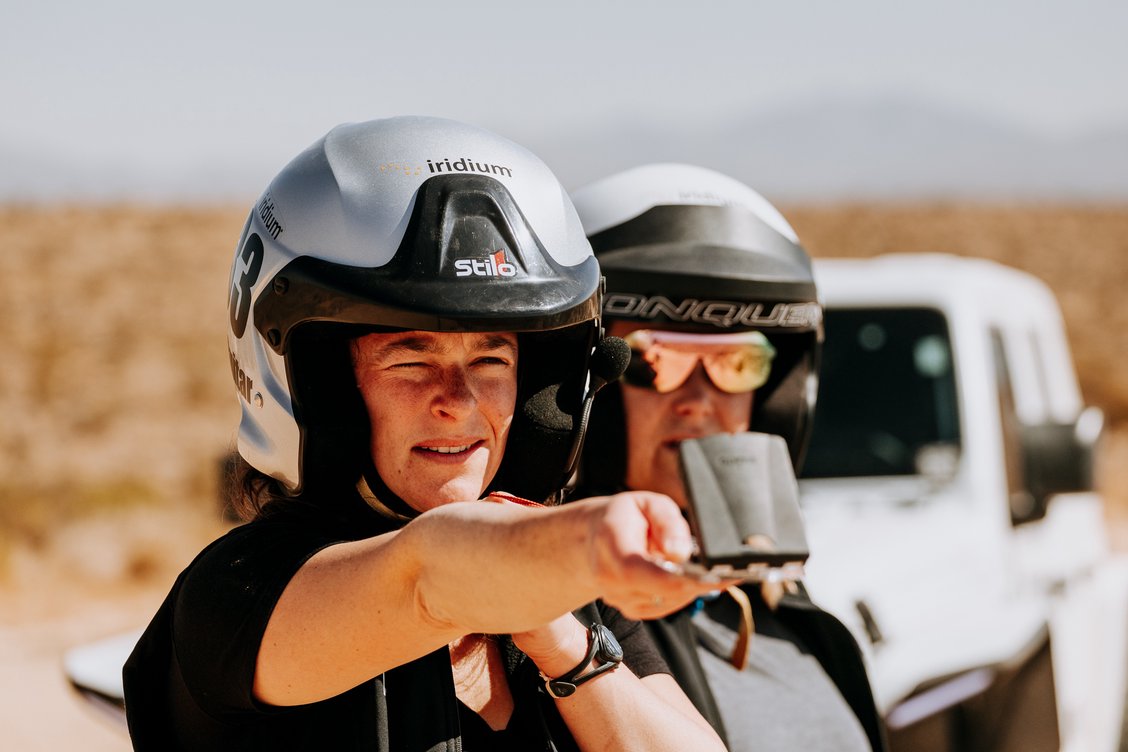 Team 4 Corners – #129 (Nena Barlow/Tana White) bounced back from a rough Stage 2 to post the top score on Stage 3 in the 4×4 Class. They were the only team to score 10 points on Black CPs 20 and 21, and these points late in the day pushed them to the top of the daily rankings. Team X Elles – #100 (Rachelle Croft/Taylor Pawley) scored on CP 20 to finish just behind Team 4 Corners on Day 3 and move into second place in the overall standings. Team Storm Trooper Iridium – #133 (Suzi McBride / Maria Guitar) demonstrated that they are more accurate than your average Storm Trooper, posting the third-place score for the day and sitting in third place overall in the 4×4 Class, just one point behind the X Elles. Consistency is starting to emerge as a factor in the overall standings. Team Blondetourage – #125 (Kaliegh Miller/Teralin Petereit) has not won a stage yet in 2020 but finished fourth on Day 3 and currently has a slim lead in the overall standings in the 4×4 Class, reminiscent of their winning performance in 2017. 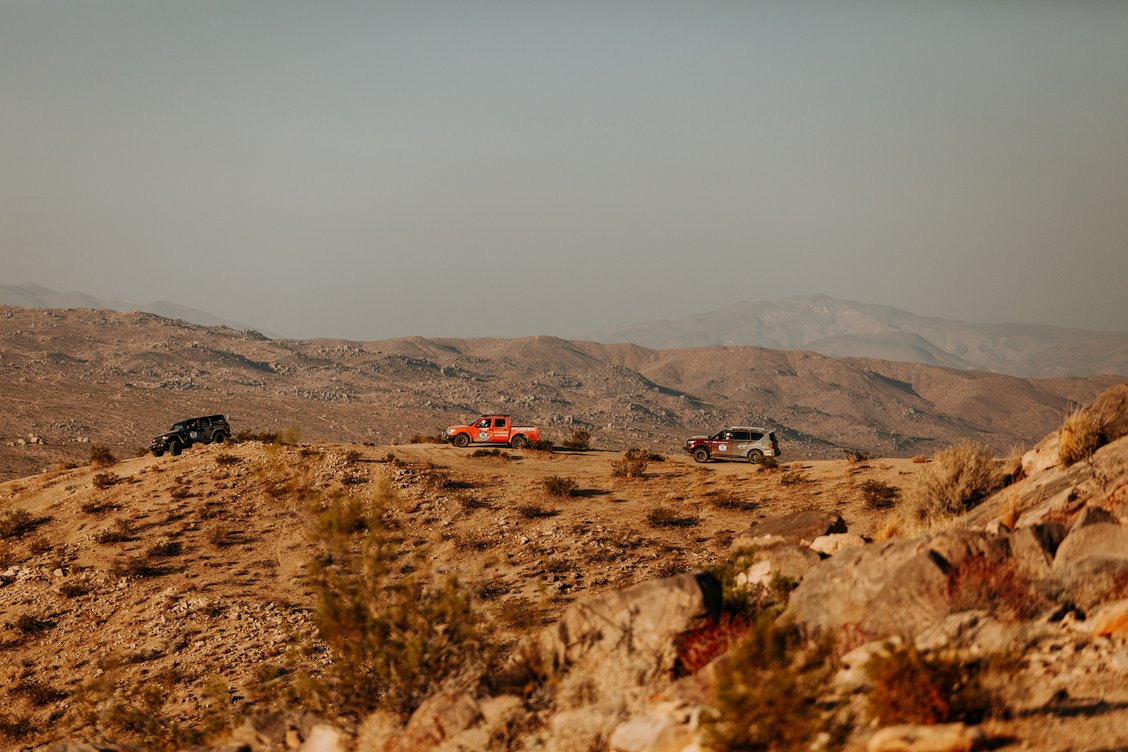 In the X-Cross Class, Team Record The Journey – #207 (Rachel Ridenour/Kristie Levy) posted the top score for the day in their Mitsubishi Outlander PHEV. They were able to narrow the gap on Team GOAT – #201 (Shelby Hall/Penny Dale) in their Ford Bronco Sport, but GOAT remains atop the overall standings. Team GOAT – #201 actually scored on more CPs for the day, but a wide miss (where the tracker is pushed outside the radius of a CP) cost the team valuable points on the day. Team Horsepower – #203 (Elana Scherr/Betsy Anderson) took third place for the day and has been improving steadily in the standings, they are currently in fifth place overall behind Team Telluriders – #205 (Sabrina Howells/Alyssa Roenigk) and Team Recalibrate – #219 (Sydney Stevenson/Kaitlin Mason). 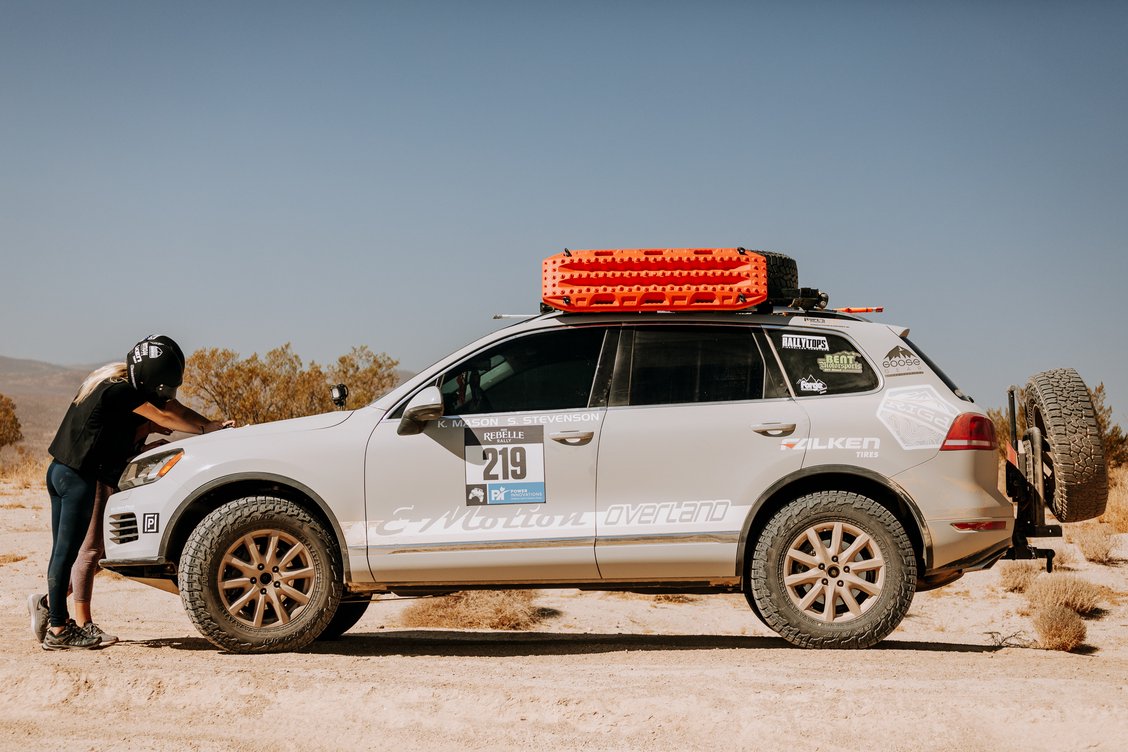 Team Sassquatch Rebelles – #184 (Eliza Coleman/Kendra Miller) will be first off the line at 7 AM, based on a random draw. The live show will start at 9:30 AM from the course on Facebook, YouTube, and the Rebelle Rally website. On Day 4 the teams make their way through Trona Pinnacles, the other-worldly spires rising out of Searles Dry Lake Bed. From there the course goes through the ghost town of Ballarat and into Death Valley National Park. After driving past Mount Whitney, the highest point in the continental United States, on Day 2, the Rebelles will now drive through Badwater, the lowest point in the continental United States, on Day 4. The destination for the day is Dumont Dunes, first visited during the 2016 and 2017 editions of the Rebelle Rally. Dumont will serve as the camp location for the marathon stage, with dunes rising 500 feet above the Amargosa Valley floor. 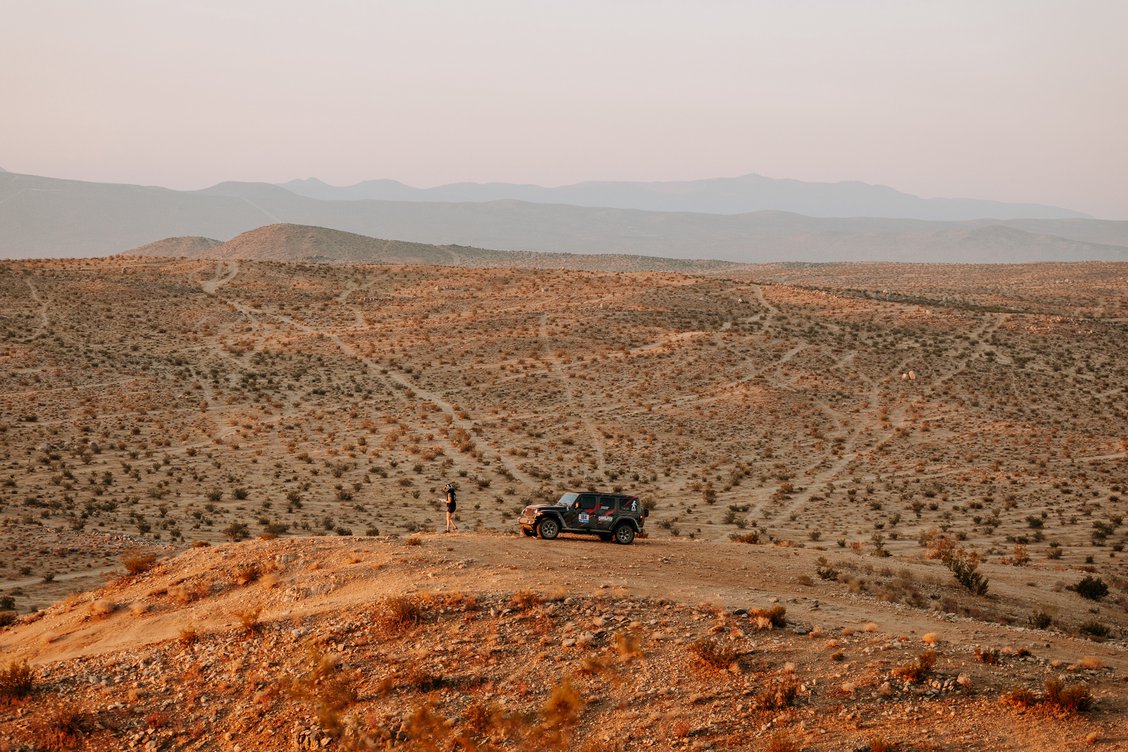 Daily Tech Tip – What Is A Marathon Stage?
A Marathon Stage takes place over multiple days with minimal outside support (only fueling and charging are allowed). The teams are required to carry all of their own camping gear and cook for themselves, without the luxuries of Base Camp. Any mechanical issues have to be addressed by the competitors with whatever tools and supplies they have on hand. Mountain House freeze dried meals substitute for Drew Deckman’s cuisine and there are no showers or bathrooms. Many competitors mention the Marathon Stage as the most memorable night of the rally, where lifelong friendships are formed in the middle of the desert.

SPONSOR HIGHLIGHT – Iridium
Iridium may be a new official partner, but the Rebelle knows the company well, having invested in their satellite communication systems and Iridium-enabled products since the inaugural rally in 2016. The rally, competitors, and fans watching from afar count on Iridium far more than most realize. Not only do competitors utilize Iridium for safety communications through traditional satellite phones and YB trackers, the Rebelle’s operational backbone is powered by Iridium. From scoring technology to managing staff safety communications on course, we trust Iridium for the most important aspects of the competition. Rebelle’s mission to be a proving ground for manufacturers is also supported by Iridium, via our data visualization and communication system, allowing OEM’s to see their vehicle’s performance even when moving through remote cellular-free locations.