Teams travelled from Wagon Wheel OHV Area through Trona Pinnacles and Death Valley on their way to Dumont Dunes during Day 4 of the 2020 Rebelle Rally. Highs and lows were the theme for the day; from Mount Whitney (the highest point in the continental US) to Badwater (the lowest point in the continental US). Similarly, competitors experienced highs and lows as well, with Team CanToy Divas – #144 (Sue Chapin/Liza Tough) getting turned around in Death Valley and Team Fearless Fillies – #202 (Jovina Young/Erica Martin) getting stuck in the dunes when arriving in Dumont. It isn’t a coincidence that these teams are rookies; Rebelle founder Emily Miller has worked to find a balance between challenging teams who have competed in all five Rebelle Rallies and creating an environment where rookies are not overwhelmed. Rookies Erin Vogel and Sara Swenson of Team Ponderosa – #188 pulled the Fearless Fillies out of the sand and sit just outside of the Top 10 after four days of competition, proving that Miller has done a good job of striking the balance. 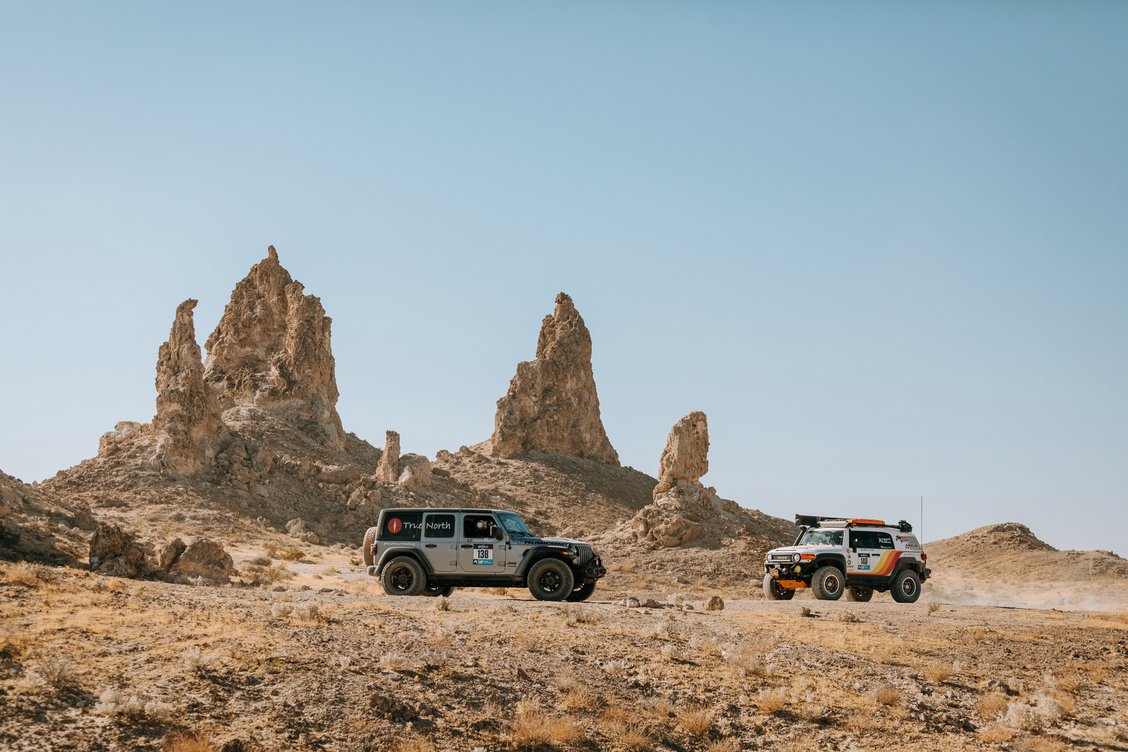 2017 Rebelle winners Team Blondetourage – #125 (Kaleigh Miller/Teralin Petereit) posted the top score on Day 4 to open up their lead in the overall standings over last year’s winners Team X Elles – #100 (Rachelle Croft/Taylor Pawley), who came in second for the day and remained in second place overall in the 4×4 Class. Day 4 saw the overall standings shaken up on a route that covered 350 kilometers and contained 22 CPs. The mother and daughter duo of Team Jeep Thrills – #177 (Christine Benzie / Emily Benzie) and Team FearLass – #188 (Laura Wanlass/Wendy Fisher) both climbed in the rankings on Day 4, while Team Storm Trooper Iridium – #133 (Suzi McBride/Maria Guitar) and Team Hoehn – #108 (Karen Hoehn/Dana Saxten) slid in the standings as fatigue becomes a factor in the rally. 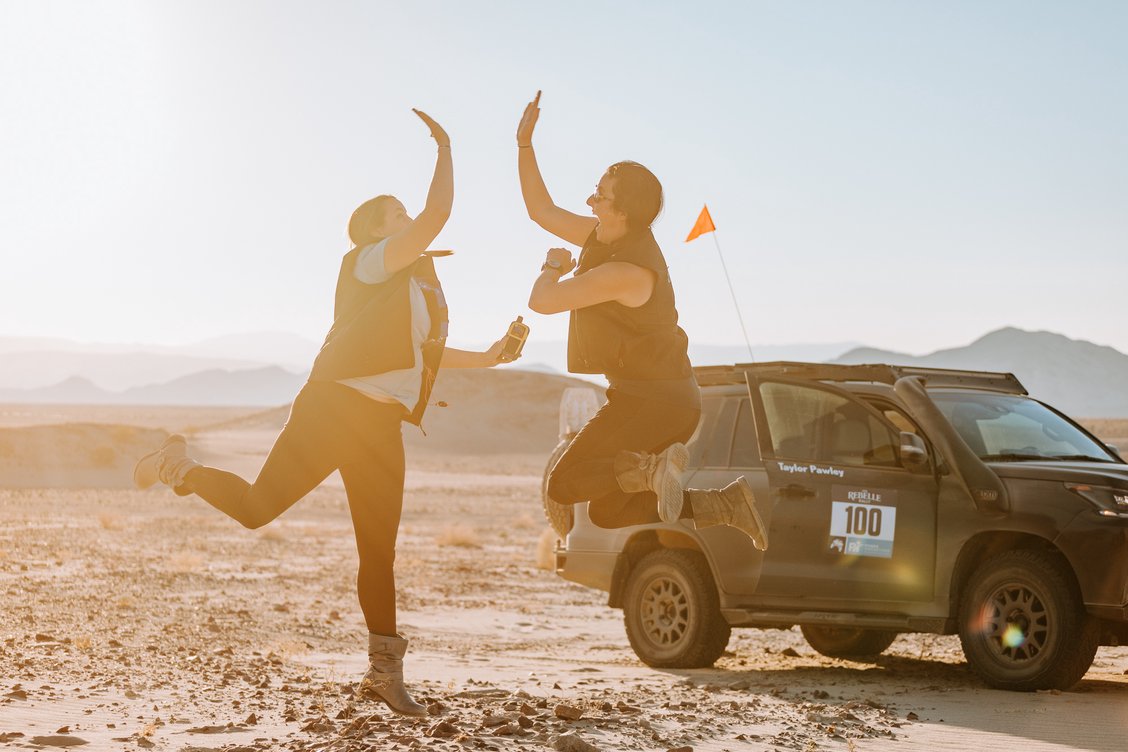 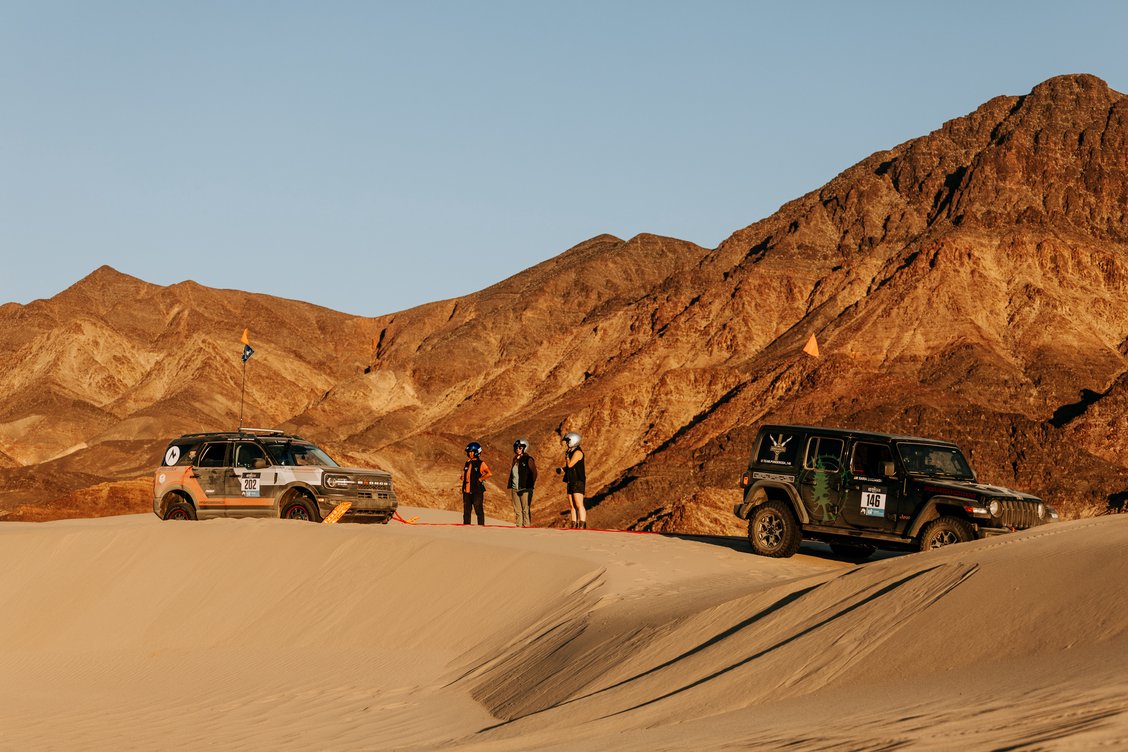 The day ended at Dumont Dunes, where teams will spend the night self-camping without the comforts of base camp as the first half of the Marathon Stage. This is traditionally a pivotal moment for many competitors, when showers and food trucks are replaced by a star filled sky and belly laughs amongst like minded women. Stage 5 will push the teams further into Dumont Dunes before transiting through Rasor Open OHV Area and Mojave Road on their way to Johnson Valley OHV Area, the largest Off Highway Vehicle recreation area in the country. 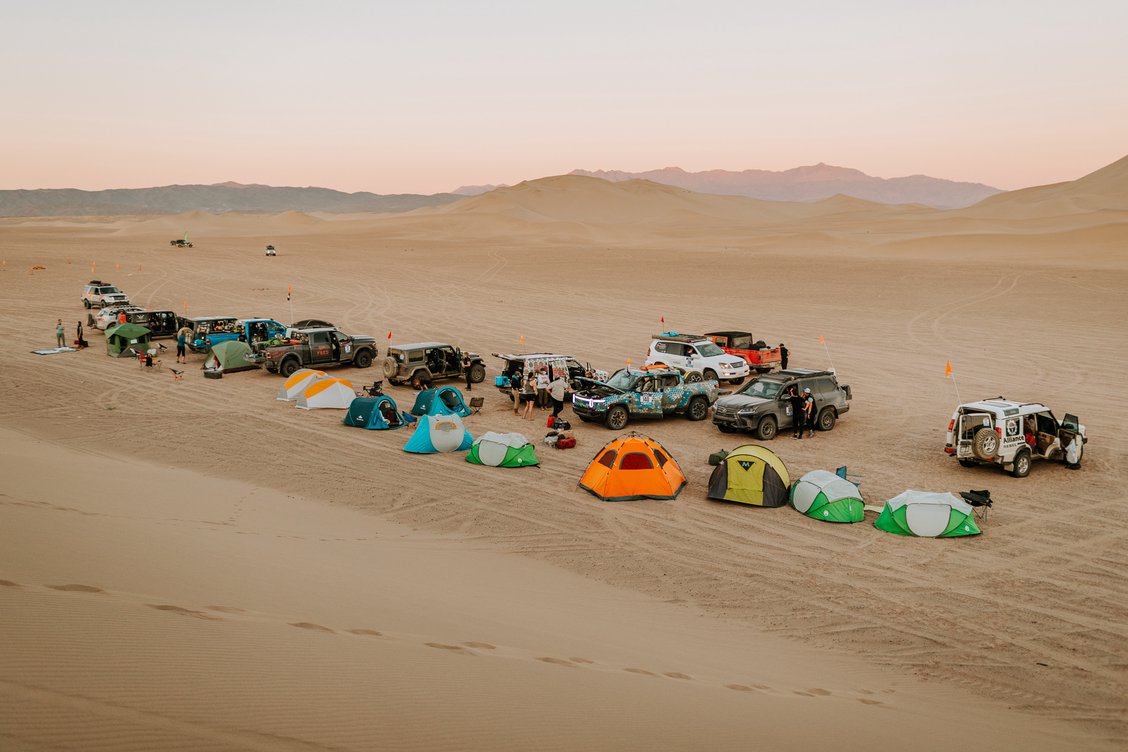 Daily Tech Tip – How Do I Follow The Rebelle Rally?
There are a variety of ways to follow the Rebelle Rally standings in real time as the event progresses. Clicking on live-tracking provides up-to-the-minute positions of competitors on course providing by YB Tracking and Iridium via the Rebelle Rally website or the YB Racing app for Apple and Android. For those that prefer tabular data, live-scoring has just about every statistic you could ever asl for. There are overall standings for the 4×4 and X-Cross classes, links to team bios, and individual CP scores for each day. Note that 4x4s are separated into Group A and Group B in order to prevent teams from playing follow-the-leader. The Flow Chart is a handy way to chart momentum of teams from day to day; no one has a perfect rally and bouncing back from adversity is a critical skill for overall success. 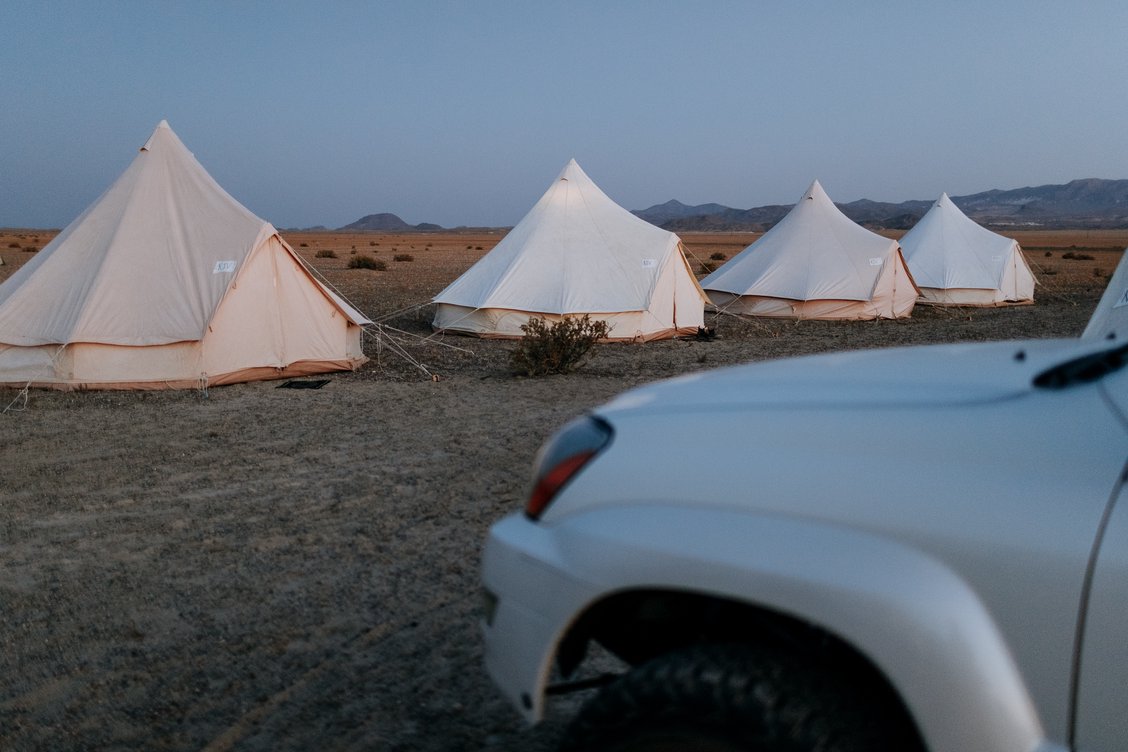 SPONSOR HIGHLIGHT – Stout Tent
When you organize an event where competitors have to turn in their phones and laptops, you are entirely responsible for telling their story. That isn’t a duty we take lightly. The Rebelle Rally brings in seasoned journalists, photographers, and videographers to tell our story. What does this have to do with Stout Tent? We’ve never had a way to properly accommodate our staff. until we discovered Stout Tent. Stout Tent is the tried and true, original USA glamping brand. Woman-owned, Stout is the perfect Rebelle partner when our rough-yet-refined scene needs a dose of luxury and comfort after a long day in the desert. They offer both sales and event rentals for their high-quality tents and stoves for those who appreciate the finer things in life.