The Rebelle Rally starts innocently enough each year with an unscored day in picturesque Lake Tahoe. Don’t be fooled though, this event is a pressure cooker. Now in its fifth year, it is the longest competitive off-road rally in the United States, covering 1,500 kilometers of rugged terrain over eight days. Rebelle founder Emily Miller and Course Director Jimmy Lewis set up the course to be increasingly difficult for each day of competition, in terms of both navigation and driving skills. And it all culminates on Day 7 at the Imperial Sand Dunes (aka Glamis). 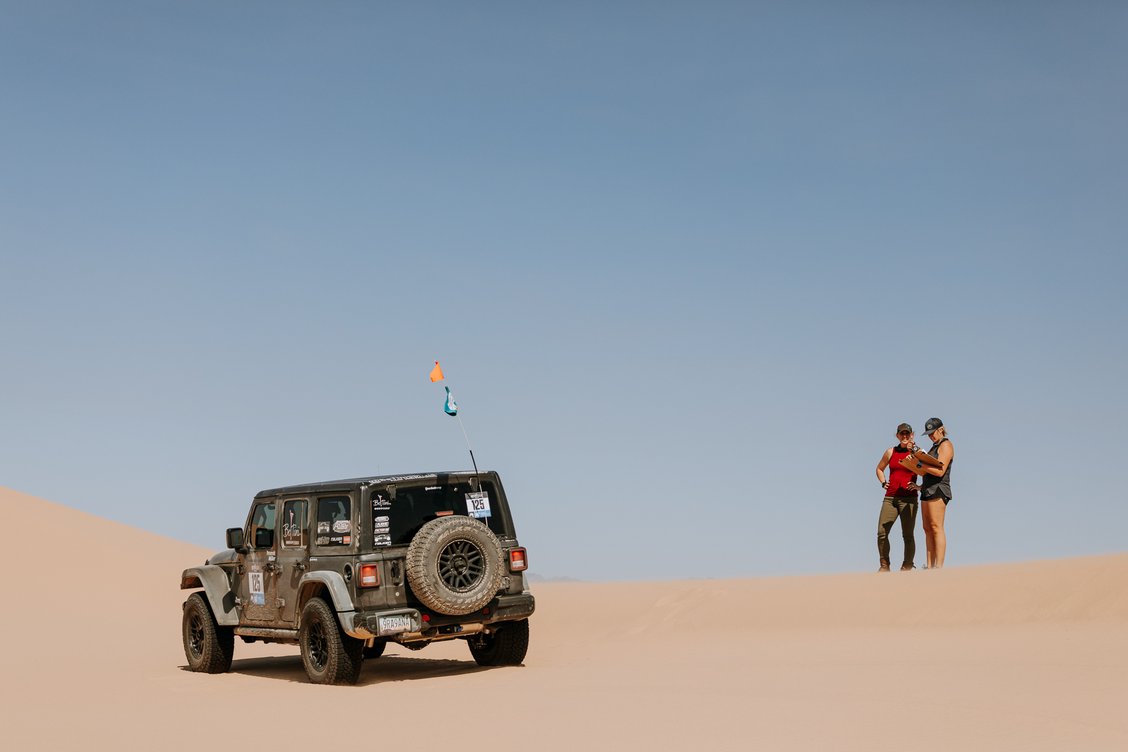 In 2020, the sand of Glamis was hotter and softer than ever. The competition was equally hot, with top teams getting mired in the short, steep dunes that flank Glamis on the very first checkpoint of the day. Team Blondetourage – #125 (Kaleigh Miller/Teralin Petereit) maintained their composure, and their lead in the overall standings, to repeat their 2017 victory. That year the duo drove Kaleigh’s Jeep Wrangler TJ, while this year they piloted a new turbocharged Jeep Wrangler JL Unlimited outfitted with ADS remote reservoir shocks, Artec skidplates, and Falken Wildpeak AT3W tires. “The TJ is incredibly capable,” Kaleigh shared at the finish line, “but the JL is just so much more comfortable. We didn’t feel nearly as fatigued at the end of each day.” 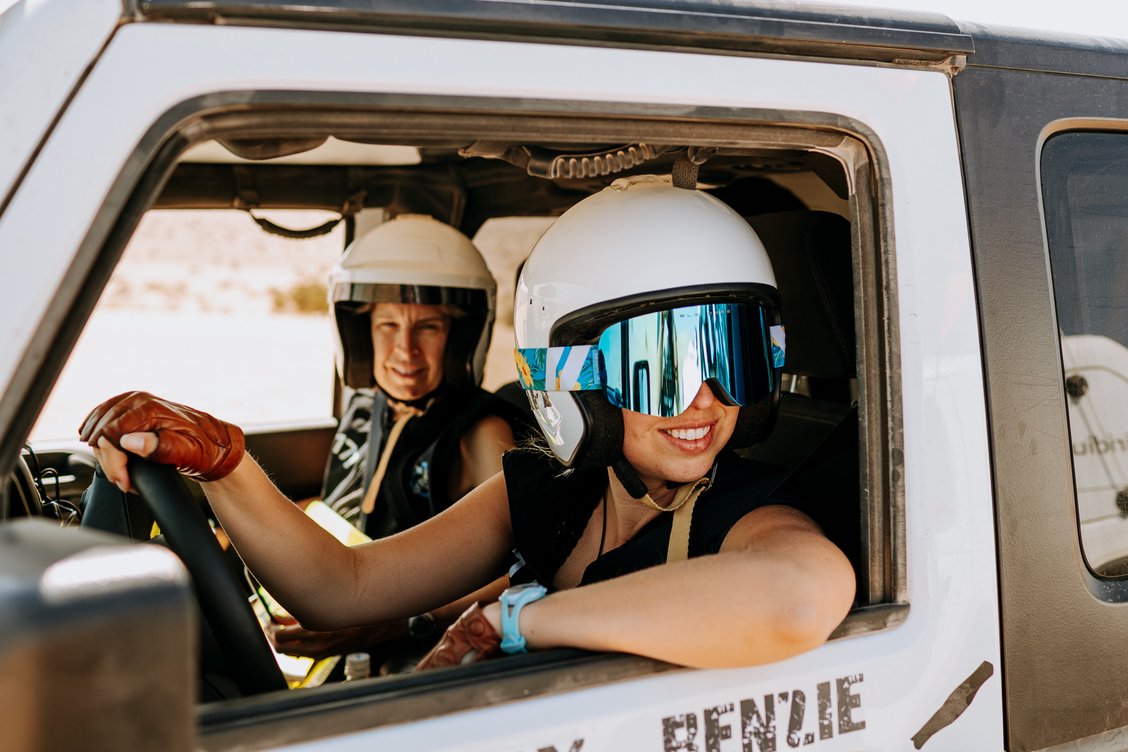 Last year’s winners Team X Elles – #100 (Rachelle Croft/Taylor Pawley) chose to be conservative in the dunes in their heavy Lexus LX570, protecting their second-place position in the overall standings. Team Jeep Thrills – #177 (Christine Benzie/Emily Benzie) was more daring, recognizing that only a few points separated the top ten teams in the 4×4 Class. The mother-and-daughter team posted the best score of the day to capture bronze at the 2020 Rebelle Rally in their Bone Stock two door Jeep Wrangler. 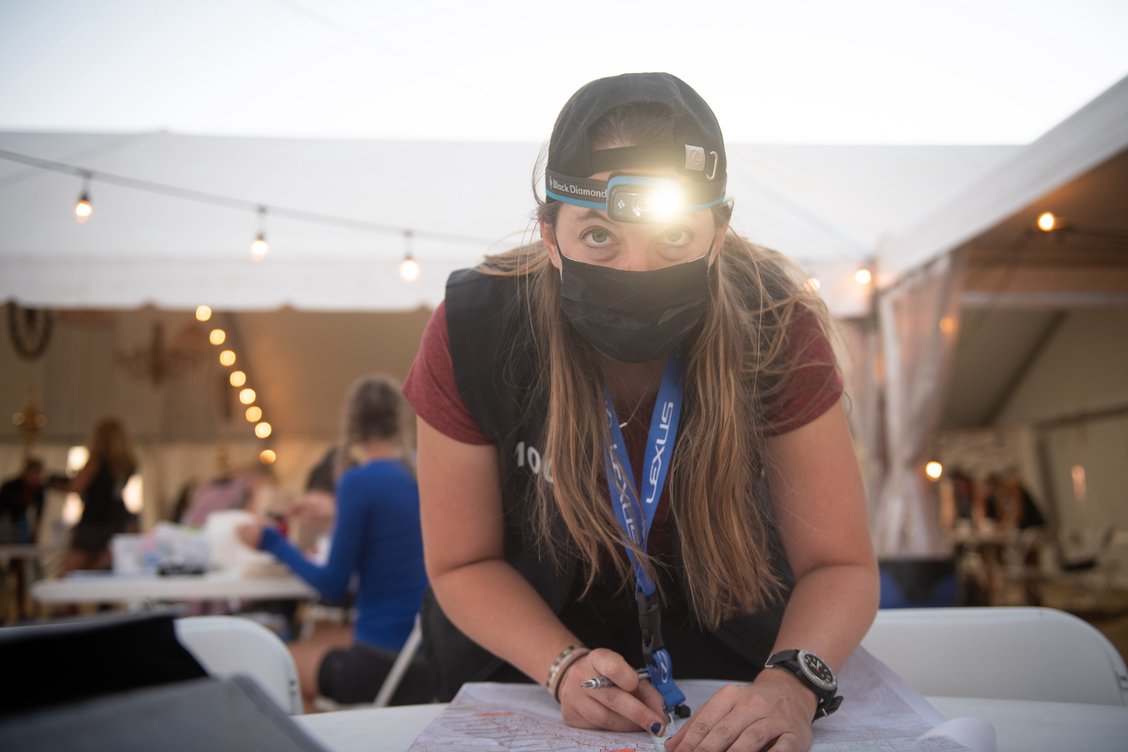 In X-Cross, Team GOAT – #201 (Shelby Hall/Penny Dale) were able to overcome a rough Day 5 and leverage their experience at the Rebelle Rally to win the X-Cross Class in their Ford Bronco Sport. Team Telluriders – #205 (Sabrina Howells/Alyssa Roenigk) faced their own share of challenges early in the rally in their Kia Telluride, with multiple flat tires forcing the team to dial way back later in the event. The more measured, consistent approach netted the Telluriders a sizable first-place finish on Day 7 and earned them enough points to finish second overall in X-Cross. Team Record The Journey – #207 (Rachael Ridenour/Kristie Levy) slipped to third place on the day, giving up enough points to the Telluriders to shake up the overall standings. Record the Journey found themselves in a precarious position half way through the stage and burned valuable time when Team #135 (Stacey Sorenson/Christine Dahle) helped pull them to safety. 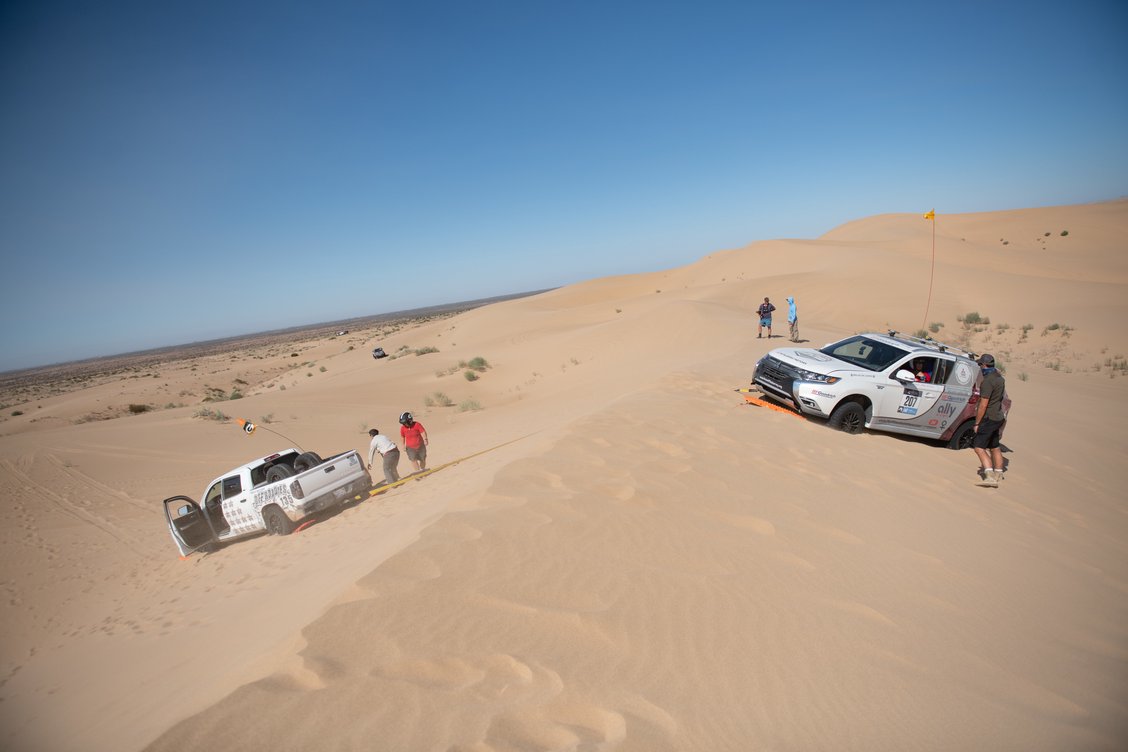 “This rally is really about competing with yourself,” founder Emily Miller explained. Competitors were given their cell phones and laptops back after crossing the finish line, and Saturday rounds out the 2020 Rebelle Rally with brunch by Michelin star chef Drew Deckman, team portraits, a special skills challenge, and the awards ceremony for class and special designation winners. Log on to rebellerally.com/live at 6 PM on Saturday to watch the awards from home. 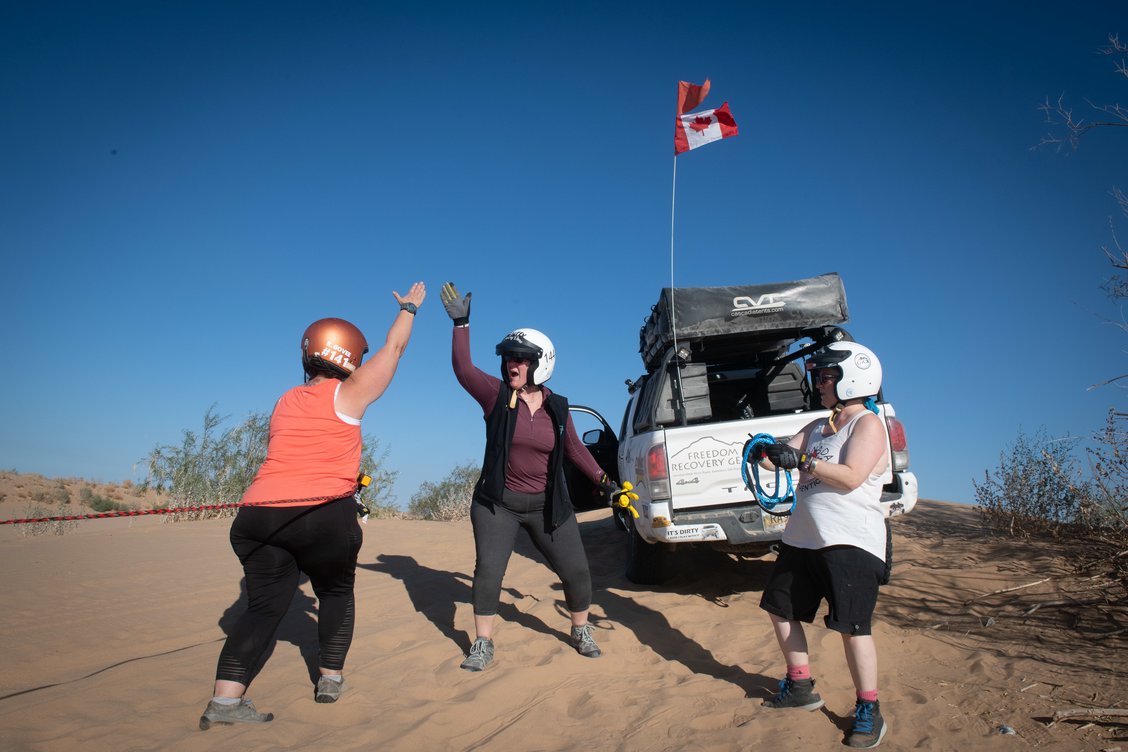 Daily Tech Tip- What Is The Team Spirit Award?
It is not always about your score, but how you compete. The Rebelle Rally Team Spirit Award is designed to promote and encourage a positive spirit in the midst of focused competition. It is searching for solutions, providing encouragement, and treating others with respect and enthusiasm – which ultimately results in fostering a spirited competitive climate. The Team Spirit Award winners, as voted on by staff and competitors, receive a $5,000 donation in their name to the charity of their choice. 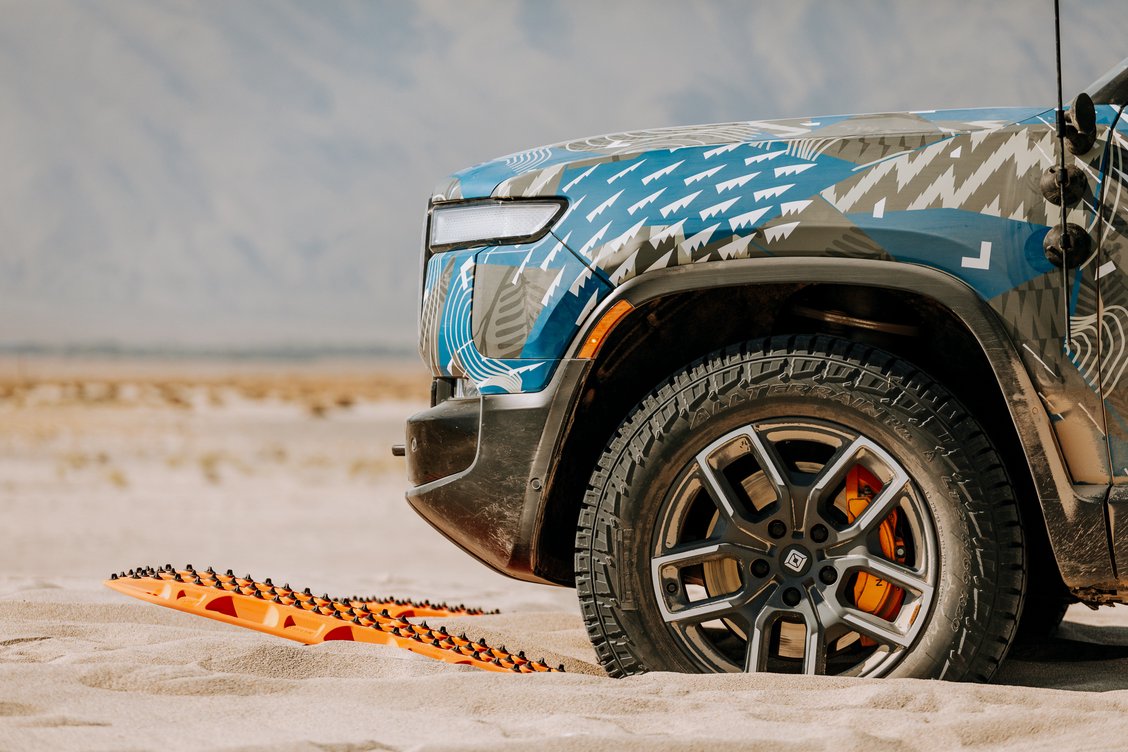 SPONSOR HIGHLIGHT- Maxtrax
They say imitation is the sincerest form of flattery, and if there is a brand that has been imitated in the off-road world, it is Maxtrax. None of the knock-offs have been able to match Maxtrax’s traction boards’ durability and strength in the demanding conditions of the Rebelle Rally though. And if you can’t count on your recovery gear when you need it most, what good is it? We aren’t concerned with looks, we want function. And after five years of grueling testing at every Rebelle Rally and training course we have offered, our Maxtrax recovery boards have never let us down.